The first and only - BOATING COUNTRY CLUB ®!

Nautical Boat Club at Tellico Marina is located on Tellico Lake which stretches 33 miles along the Little Tennessee River into the mountains of east Tennessee, providing 357 miles of shoreline and 15,560 acres of water surface for recreation activities. There are several recreation areas along the lake’s shoreline that feature day-use areas, fishing areas, and campgrounds. One of these, the Fort Loudon State Historic Park, hosts the reconstruction of the original Fort Loudoun, which was built by the British during the French and Indian War. Another nearby historic attraction adjacent to the Park is the Sequoyah Birthplace Museum, honoring the Cherokee genius that invented the Cherokee alphabet. 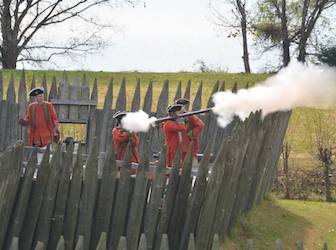 Fort Loudoun State Historic Park is 1,200-acres and is one of the earliest British fortifications on the western frontier, built in 1756. The fort was reconstructed during the Great Depression and was designated a National Historic Landmark in 1965.
During the French and Indian War (1754-1763) the British Colony of South Carolina felt threatened by French activities in the Mississippi Valley. To counter this threat, the Colony sent the Independent Company of South Carolina to construct and garrison what became Fort Loudoun. This move helped to ally the Overhill Cherokee Nation in the fight against the French and guaranteed the trade would continue between the Cherokee and South Carolina. 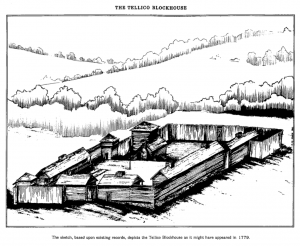 Located just minutes from the marina the Tellico Blockhouse was a United States fortification used officially from 1794 through 1807. The site functioned in some smaller capacity through December 1811. The Tellico Blockhouse served as a check against white encroachment as those of European decent were required to have written passes from the commander of the Blockhouse before entering deeper into Cherokee land. This site was also home to the Tellico Factory, part of Henry Knox’s civilizing policy and its aim of teaching modern methods of agriculture and industry to the American Indian.

The East Lakeshore Trail system at Tellico Lake is considered to be one of the most beautiful and accessible hiking trails in East Tennessee. The trail, which provides a recreational and educational experience, has been recognized by the Department of the Interior as a National Recreation Trail. The 31-mile trail system consists of ten segments available for public use year round. Access to the trail is provided at eight trailheads with vehicle parking for 15 to 20 vehicles, and kiosks with maps and other information. Two boat landings are currently available for easy access by boaters wanting to hike northern parts of the trail.

"It's a friendly atmosphere at this site and they have gone out of their way to treat us like family and definately extremely patient in teaching us how to navigate each one of the boats. The motto at Knoxville Nautical Boat Club is is to cultivate friendships on the water. We see their success in this motto. Members for life"

"We have thoroughly enjoyed the last few months in the boat club. None of the hassle of boat ownership. Staff is also super helpful and accommodating. Really nice boats too!"

"This club is exactly what we wanted. No boat payment, insurance cost, maintenance, or clean up. Nice clean boats always ready when needed. We're able to take out our dogs too. It's great only having to pull the boat into the dock and leave the boat behind. "

"Exceptional customer service and a wonderful opportunity for anyone who loves boating but hates the pressure that comes along with ownership. This club offers top of the line boats and they make everything so easy and convenient."

"We are so happy with our Nautical Boat Club membership. We get to enjoy all the benefits of owning a boat, without any of the hassle and for less than the cost of renting a slip! When we arrive at the dock, our life jackets and water toys are loaded on the boat and ready to go. The staff is super friendly and courteous. This is a great way to relax and enjoy friends and family on the waterfront in Knoxville."

"We absolutely love NBC of Knoxville! It's so much better than having to maintain a boat and trailer it in and out of the water. Plus, we have access to a fleet of different boats to fit our needs, instead of being stuck with one type. "

"This was the perfect choice for me because these guys(and Shea) lol do everything for me....maintain, clean, upkeep, etc."

Unlike boating rentals, leases, or timeshares, we offer unlimited use of our whole fleet, all season long!